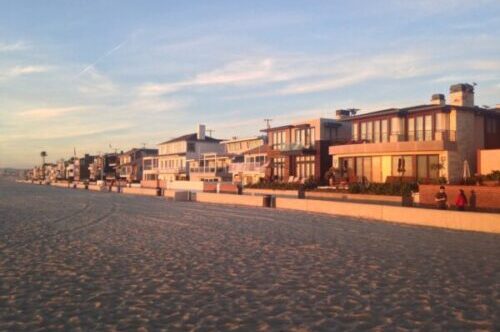 It’s always interesting when I see a listing that’s been on the market a while and during that time the list price has actually increased.  The beachfront home at 3001 The Strand in Hermosa Beach is one of those and it is interesting what goes on in sellers minds.  Often times the prices reflect an update based on even more recent sales, but it does seem a strange tactic to continually increase the price.  If buyers were not willing to pay the previous amount I’m just not sure how and why a price increase is going to help sell the home.  The home was originally listed in June of 2013 at very high, but somewhat reasonable $11,900,o00.  That’s a big number, even for beachfront property, but it is a very large home ideally located in the north Hermosa sand section, and is relatively new being built in 2007.  In August they changed realtors and re-listed the home for $13,900,000 which is almost a record setting number.  In late October they must have decided that they felt it was worth even more as they raised the price a third time to $14,900,000 and there it sits.   I had the chance to show the home and although it’s beautiful and location can’t be beat, it was a very custom home suited to the original owners tastes with white marble floors throughout.  Clearly price was altered with the sale of nearby 2666 The Strand but that home was brand new, 7000+ feet on an very unusual lot that allowed for over 70 feet of beach frontage.

Keith Kyle
Keith Kyle is a top producing realtor with South Bay Brokers in Manhattan Beach CA and a longtime resident of Hermosa Beach. Keith works with both buyers and sellers in the South Bay and Beach Cities.