June saw a nice uptick in the number of homes that closed escrow. There were 30 closed sales which was the highest one month total so far this year.  The highest price of the month was $7,000,000 which was a bargain price for an oceanfront home located at 3004 The Strand.  The median list price for the month was $2,390,000
with a median “sold” price of $2,187,000 which wasn’t surprising given the real slow down in the previous 2 months. The average price per foot was $1039.31 and the average days on market was 59. See our Manhattan Beach real estate chart for comparison with other months.

View all of the current homes for sale in Manhattan Beach 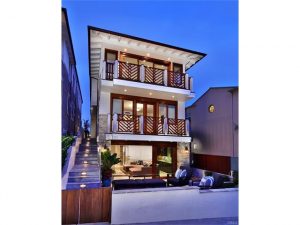 The numbers for March are in and it was another big month for home prices and home values in Manhattan Beach.  The median home price in this highly demanded coastal community was $2,275,000 and seems to just keep climbing.  There were 41 homes sold in Manhattan Beach CA or the month which is fairly typical over the past few months.

March was yet another very busy month for home sales in Manhattan Beach and the South Bay with home prices continuing to go up and the number of home sales rising as well.  The demand has been pretty overwhelming in Manhattan Beach with multiple offer situations selling over the list price being the norm.

Manhattan Beach saw 34 homes sell and close escrow in March of 2016 with only one of those homes selling below $1,000,000.  The average list price of $2,675,985 and the average sales price at $2,657,132 which again shows that very few homes are selling below list price….even in a market in which inflated prices are becoming more common.  The lowest priced home of the month was a 2 bedroom townhome in Manhattan Village at $984,000 and the most expensive was $5,700,000 for an older home on an enormous (by Manhattan Beach standards) 11,405 square foot lot.  As has been the norm for the past 2 years, none of the sales were foreclosures.

The December numbers are in and if there was any thought that the real estate market in Manhattan Beach was leveling the numbers certainly say otherwise.

The average home price in Manhattan Beach for the homes that closed escrow during December was $2,766,567 with a median price of $2,184,000.  That’s a fairly incredible number that still shows no sign of slowing or reversing.   The reasons are the continued demand with a limited supply of new listings, combined with an abundance of new construction homes that are fetching record prices.  See the chart below for the December home sales numbers for Manhattan Beach and the South Bay for December of 2015.

Liberty Village is a small area of East Manhattan Beach with primarily smaller, original homes built in the 1940s and 1950s.  This had always been the least expensive area or Manhattan and homes were often owned by engineers from nearby TRW (now Northrop Grumman).  Well times have changed and with lot values now over $1,000,000 even Liberty Village is a viable option for some big money buyers in Manhattan Beach priced out of the other areas.

Although still made up primarily of original homes, many of which have been extensively remodeled by owners or flippers, the area has seen a definite increase in new construction as builders have seen a much higher likelihood of yielding significant profits.  Lately numbers have skyrocketed and we’ve inched closer to the $3.0M mark which would have seemed unthinkable a year ago.

The listing at 1304 Lynngrove initially took that high water mark and then some.  Originally listed in February of 2015 for just under $3.2M the home has had a number of price reductions and is now listed at $2,999,900 which is still a huge number for Liberty Village.   It will be interesting to keep an eye on the ultimate sales price of this new construction home on a 5300 foot lot as it will likely set the bar for any and all upcoming new construction homes in the area. 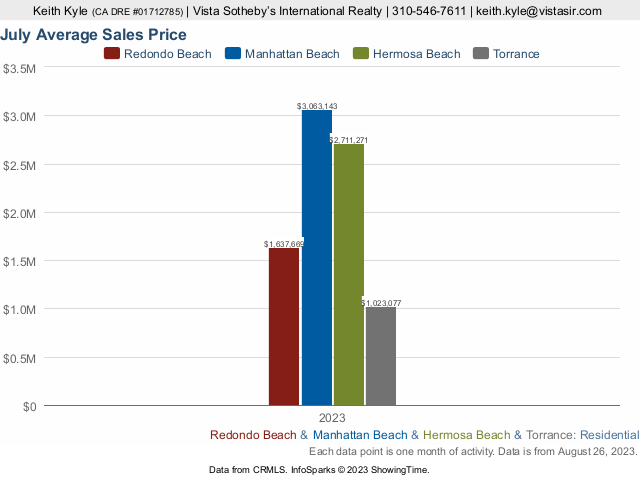